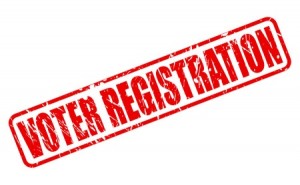 Last week, President Obama voiced his support for a bill in Illinois that would automatically register people to vote when they apply for a state driver’s license or identification card.

As NPR reports, similar bills are being considered in about two dozen states. While the Illinois bill, and others like it, would increase the number of people registered to vote, political analysts believe it would slant the type of people it registers, primarily helping people in suburban or rural areas where a driver’s license is necessary.

So far, Oregon is the only state that uses automatic voter registration and that program just began Jan. 1 of this year. California passed a system last year, but it has not been implemented yet.

Jeanne Atkins, Oregon’s Secretary of State, said the initial results have been promising, according to the NPR report. The state registered 4,000 new voters during the law’s first six days, compared to 2,000 registrants per month under the old system. She said that about 7 percent have opted out so far and that each person automatically registered receives a follow-up letter that presents that option.

The automatic registering system also helped the state update the records of 17,000 already registered voters. Atkins added that she expected a lot of calls from confused or angry citizens wondering why they were automatically registered, but she said that has not happened.

At the Honest Ballot Association, we always want to ensure that all elections run properly, so we’ll be watching the rollout of automatic registration and to see what other states adopt it in the future. Modern technology has allowed for many new advances in voting, some of which, like digital online voting software which we offer as an option for certain balloting measures, have made voting an easier process, especially for those in rural areas or for measures that are being considered by a widely separated group of individuals. To learn more about our full range of voting services, give Honest Ballot Association a call today at 800-541-1851.