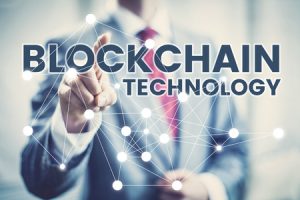 What if we told you that sometime in the not-so-distant future you might be able to cast votes in elections using little more than the digital gadget of your choice and a secure online platform? Given some of the controversy that has swirled around recent local, state and even U.S. presidential elections, you might be skeptical about the idea of conducting an election online, but blockchain voting might just make it possible to safely and effectively hold elections digitally at some point in the near future.

The blockchain voting process is technically complex, but at its core, the concept is pretty simple. In blockchain voting, any vote cast would have an audit trail created that is managed across a network of computers where no one server is home to the entirety of the database, says Follow My Vote. This means that computers can join or leave the overall data network freely, while the complete database remains accessible. This makes hacking nearly impossible as multiple computers can compare the validity of stored data simultaneously and have equal access to the auditing trail to verify accuracy and integrity of the database.

If blockchain voting was used in an election, all you would need to do is download and install a digital voting booth to the device of your choosing. You would then need to authorized and authenticate yourself by submitting information about your identity. Once you have finished registering, you would be able to submit a ballot with your vote to a secure blockchained ballot box that is managed by this network of computers as opposed to a single computer. Once the voting period ends, the votes could be tallied nearly instantaneously and verified with the audit trail to ensure every vote was accurately counted. This would allow for better integrity during elections while also guaranteeing both privacy and the security of the votes that are cast.

This could potentially be a game-changer for elections since it would put a lot of the security issues that exist now to rest. The blockchain method of voting would prevent organizations and individuals from manipulating elections, and it would offer people a series of checks and balances during elections that are not necessarily present today. In this way, blockchain voting could improve upon the current system and change the way that elections are held in the future. Many people are already calling for organizations to use blockchain voting, and it seems like it could only be a matter of time before they start to give it a chance.

Honest Ballot is already working hard to bring digital election services to more organizations. We offer digital election technologies to help make your voting and balloting more safe and secure, and we have developed software that allows organizations to hold successful elections online – great for regional and national organizations where in-person balloting may not always be possible. For more information about how we could help you and your organization’s next election, call us at 800-541-1851 today.