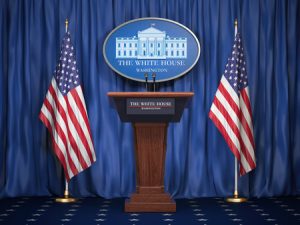 From August 17 to August 20, the Democratic Party will be officially choosing their nominee for President of the United States. However, there are multiple ways that the convention can play out. For instance, it can turn into a brokered convention or a contested convention. Here we discuss the difference between the two:

A contested convention is much more common in the present day, having occurred in the 1980 Democratic convention and the 2016 Republican convention. The term refers to a situation where one candidate has done well, but not well enough to guarantee a nomination on the first ballot. When this occurs, another candidate will try to get delegates to abandon the frontrunner and vote for them instead on the second ballot.