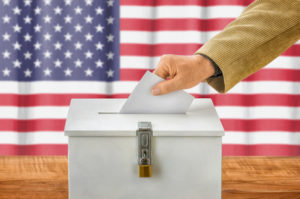 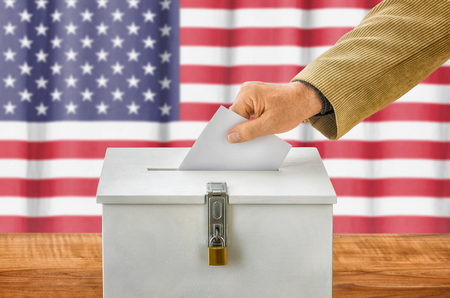 Voting hasn’t always been a high-tech affair. Sure, you still use a pen and paper to cast your vote in an election in most states, but the high-tech voting machine that scans and documents your choices have only been around for a few years. Before the age of voting machines, things were very different.

According to ProCon.org, the first uniform, official ballots were used in Australia in 1856. These ballots were printed in an official capacity by the government, and then counted by hand. Within a few decades, the so called “secret ballot” arrived in the U.S. voted, and in 1888, Massachusetts became the first state to adopt a regulated, official secret ballot based on the Aussie model.

Things got a little more interesting in 1892, when the first mechanical lever voting machines were used. Debuting in the election of 1892 in Lockport, New York, these machines assigned each candidate to a lever and votes were tallied by counting the number of times a lever was selected for each candidate. This method of voting took the country by storm, and by the 1960s they were in use by more than half the nation. The level machines were used in presidential elections through 1996, according to VotRite, and are no longer made, and have been replaced by computerized devices.

Punch cards were invented in the late 1880s, but never came into use in elections until the 1960s. To cast a ballot, voters used a stylus to poke a hole next to their candidate’s name on a piece of paper.  The first punch cards were used in George in 1964, and the following year the Votomatic system improved the system and helped make computerized counting more possible.

Nowadays, most people who vote in a state or countrywide election are familiar with vote scanners. Constituents vote by marking a piece of paper with a pen or pencil next to the name of their candidate. Then, the voter feeds the piece of paper through a machine, which scans it to determine who the vote is cast for. The first instance of this actually came about a few years before the punch card system, says ProCon.org, first appearing in Kern City, California in 1962.

But the future of voting in America is digital, with machines like those from VotRite that make the process not only modern but more secure. Voters make their vote selection using a touch screen, and the results and other statistics are all calculated within seconds of the closing of polls by computer. Voting is simple, accurate and fast on a VotRite machine.