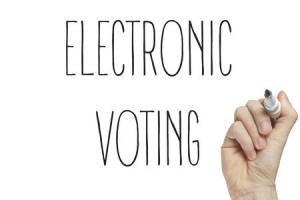 Electronic voting has remedied a lot of hassles that come with other traditional voting systems, such as voting poll sites. No longer do you have to wait in a long line or contend with figuring out the selection process. With electronic voting, all you have to do is log in, click your vote and you’re done. In a matter of seconds, your ballot can be cast.

In a story revolving around the NBA, one player was helped in winning the Defensive Player of the Year award for the 2014-2015 year with a mixed-up voting system. Not that Kawhi Leonard wasn’t worthy of the title, it is just that the voting system put in place was not up to par and a lot of outside influence swayed the vote, which advanced Leonard’s chances of winning.

Kawhi Leonard did not actually have the most votes for defender of the season. It was Draymond Green who had 45 first-place votes as opposed to Leonard’s 37. But the deciding factor in determining the winner was that Green was more present in the ballots. It was DeAndre Jordan who took the limelight from Green, knocking him back to second, which pushed Leonard to first.

Some might say that Green deserved the title but his chances were diminished by power, which boosted someone else to the top for the win. Regardless, it can all come down to how a ballot is cast. With an electronic voting system, there are no roadblocks; it is a fair and square process with no obstacles.