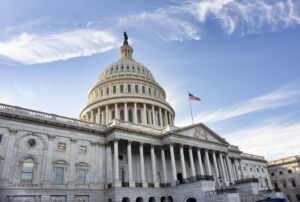 When we vote for candidates, we typically fill out a ballot and call it a day. However, if you’re a member of the House of Representatives, voting is a bit more complicated. There are actually five different ways you can vote in the House. Here, we detail each method:

When a question is put forth by the Speaker of the House, a voice vote allows members to answer either “aye” or “no” in response to the question. All members who vote “Aye” speak at the same time, and then next follows those who vote “No.” The downside of this type of voting is that it can be difficult to tell the difference between the volume of “ayes” and the volume of “nos.”

A division vote occurs when the Speaker is uncertain about the outcome of a voice vote. In these cases, the Speaker will ask people to rise in their seats if they are in favor, and then ask them to sit before requesting those who oppose the measure to stand.

With this method of voting, members’ names are called alphabetically, and each must answer either “aye” or “no.” In modern times, votes are usually taken using an electronic device.

Any member can request a record vote so long as they have support from one-fifth of the House. When this occurs, the votes are taken in the same manner as yea and nay votes, but the vote can take no less than either 5 or 15 minutes. It is up to the Speaker whether or not to allow more time beyond the 5 or 15 minutes.

Roll call votes are most common in the Senate, but they can occur in the House as well. In these situations, members are called alphabetically and must answer either “aye” or “no” verbally, rather than through an electronic device like with a yea and nay vote. Because of the size of the House, this method can take a long time.

Thankfully, most of us do not have to vote like those in the House. We can rely on safe and secure electronic voting systems like those from Honest Ballot. To learn more, contact us today.