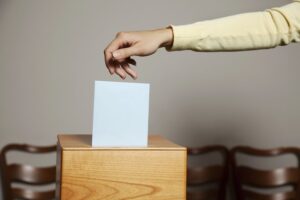 With voter turnout on a steady decline, lawmakers and city officials all over the United States are looking for ways to voters to get to the polls and cast their votes. One option that many cities and states are considering are incentives. In Los Angeles, the Ethics Commission is asking the City Council to think about using cash prizes and a possible lottery, to get more people to vote. Alaska and California are the only states in America where it’s legal to pay someone to vote in a non-federal election.

But do these forms of incentives work? Or are they just another form of bribery? Read on to learn more:

In a perfect voting world, the candidates would be plentiful and diverse, voters would be more educated on the issues and the elections, and the marketing of elections would be more efficient and practical. This would eliminate the need for incentives. However, we don’t live in that world.

This is why many are turning to incentives to get out the vote. And some evidence has shown that incentives do work. Nonprofit organizations in Philadelphia and Los Angeles used lotteries to encourage voting, with the winner receiving $10,000 in Philadelphia and $25,000 in LA. Both efforts increased local turnout.

But not all incentives are created equal

While incentives can work, it depends on the incentive. Not everyone’s taste or inclinations are the same since not everyone will be motivated by pizza and beer. Additionally, studies have shown that instituting fines for voting can lower voter turnout or increase the number of blank or invalid ballots.

As such, the key to making incentives work is finding the right incentive. Lotteries are one option, but it will depend on the election and the local population to find the right alternative for each district.

If you are looking for electronic voting machines (EVMs) for you organization’s election, look to Honest Ballot. For more information about the services and conducting an election, contact the voting experts at Honest Ballot today!