To the average American voter, the Electoral College and primary delegate voting systems are slightly mysterious. Many wonder who these people are, and think of the process as not representative and far too complicated. 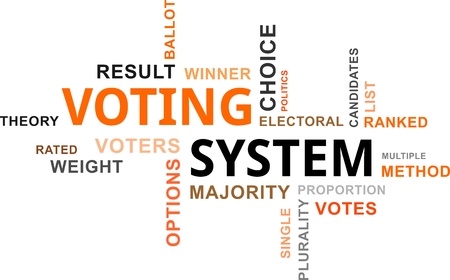 The good people of Maine will decide in November whether they want to become the first state in the nation to make a major change in their election system with a move to an option known as “ranked-choice voting.”

In it, voters rank their choices for office in a sorting order, which in effect simulates a series of run-off elections, potentially saving both time and money. Here’s how it works, according to FairVote.org.

In a race with only one victor – a mayoral election, a gubernatorial race – a ranked-choice vote would be counted in rounds.

When multiple seats are open, for example, in a city council race or school board election, proponents say ranked-choice voting turns out to be a form of proportional representation – the idea that an elected body should represent its voters in direct proportion to their numbers.

Ranked choice voting is gaining ground across the political spectrum, reports the Portland Press Herald, as voters become wary of conventional election processes. It’s gaining so much ground, in fact, that Time magazine just ran an in-depth piece on the process, as well. In its coverage, Time also reported that in some markets, turnout was almost 10 percent higher for ranked-choice ballots as compared with elections in comparable cities using standard “check one box” methods.

Whether it’s the best option for American elections remains to be seen, but we’re delighted to see Americans take an interest in the way our leaders are chosen. If your organization is holding an election and seeking simple, fast and certifiable methods of voting, contact the Honest Ballot Association today. We will provide you with more information on any services you require, from certification and supervision to voting software, electronic voting machines and more. Call us at 800-541-1851 today or send an email to info@honestballot.com.