This 2016 presidential campaign continues to surprise us. However, when it came time to vote for the presidential primary election April 19, the problems that voters experienced were anything but the kind of surprise you hope you get for your birthday. The complaints are so widespread that the state attorney general has opened an investigation, starting at the NYC Board of Elections, to determine what issues occurred during the balloting, according to VICE News.

Among millions of voters unaware that they had missed the deadline to declare their party affiliation six months before the primary; voters in Brooklyn being purged from the borough’s voter rolls since November of last year; polling locations not being open; thousands of voters being notified that the primary was in September; and New York City Comptroller Scott Stringer being told polling workers didn’t know how to work the voting machines; it was one unfortunate surprise after another. 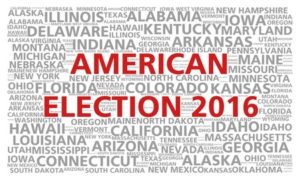 Running a fair and open election is everything to the people in America, the presidential candidates themselves, and the present and future of the country. For one, it’s crucial to ensure the polling workers are properly trained on how to operate the voting machines to avoid any perceived improprieties that New York faced this year. Workers and election officials also need to ensure polling locations are prepared before the primary election voting day with all the equipment, paperwork and documentation needed, and that they are open the day of. Ensuring a higher standard of training for those who will be operating the machines, guaranteeing that polling locations open on time, and proactively sending notices to residents with factual information are small steps the state – or your state – can take to make big changes.

What it comes down to, is that the presidential election comes every four years. While that can be little comfort today, residents and election officials can use this experience to learn from the mistakes. There are four whole years to prepare for the next primary election, giving the state ample time to analyze the problems and implement solutions to ensure everything is perfect.

At the Honest Ballot Association, we strive to provide open, accurate and fair elections for our clients, whether through the rental of voting systems or devising online balloting solutions for businesses or government organizations. To learn more about us and how we can help with your next election or referendum, call us today at 800-541-1851.