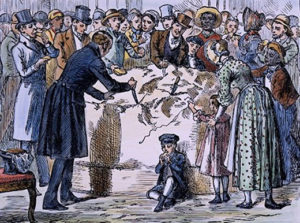 Have you ever watched “The West Wing” and heard of “Big Block of Cheese Day”? It turns out that it’s much more than just fiction – it’s actually based on a real event in the 1800s.

You might think that you love cheese, but no one in history loved cheese more than President Andrew Jackson. Dairy farmer Thomas Meacham, from Sandy Creek, New York, came up with the idea to create a giant wheel of cheese in 1835. Meacham’s monster creation ended up being truly that – a cheese wheel that weighed roughly 1,400 pounds, four feet across and two feet thick. The cheese was then decorated in a patriotic manner, wrapped up a large belt bearing the inscription “The Union, it must be Preserved,” according to Mental Floss. 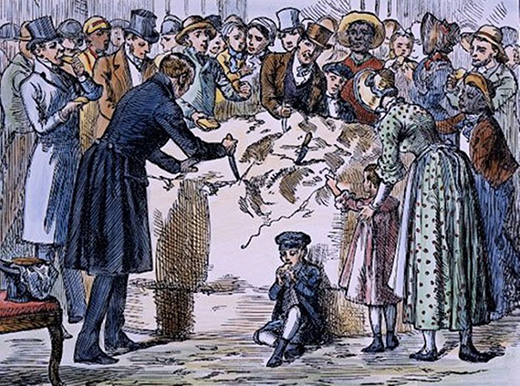 It originally debuted with 10 other large cheeses he had crafted at a patriotic celebration in Oswego later that year. After the end of the event, Meacham sent off the sister cheeses – both 750 pounds apiece – to the governor of New York, William Marcy, and Vice President Martin Van Buren.

However, as much as President Jackson who loved cheese, 1,400 pounds of cheese was too much for one person. As The Atlantic reports, the president divided the massive amount of dairy between his friends, but hundreds of pounds still remained. In 1837, the President’s second term was ending, but the end of Meacham’s cheese was still not in sight, and dragging a large block of cheese back home did not seem like a fiscally responsible idea. However, what was he to do with it?

At his last public White House reception on Feb. 22, 1837, Jackson decided to pass the remaining bounty of cheese out to everyone who could attend. Some 10,000 are believed to have showed up and within just two hours, the remaining cheese had been distributed through the crowd. It was this invitation extended to the masses that inspired the “Big Block of Cheese Day” from “The West Wing.”

While the cheese was physically gone, the fragrance of the large cheese remained. The warm climate of Washington was not kind to dairy, and the stench was said to have lingered for up to two years after Jackson’s departure from the White House. In more recent memory, the Obama administration has held virtual “Big Block of Cheese Days” to invite the public to ask questions about the issues important to them, just as in the show.

“Big Block of Cheese Day” was a time to let the public’s voice be heard in “The West Wing,” and in the same way, an election is an opportunity for members of a group or voting district to have their say, as well. That’s why it’s important to ensure that you election is held openly, fairly and accurately. At the Honest Ballot Association, we can help you put together your election or balloting with secure systems, accurate technologies and other voting services to provide rapid and verified results. To learn more, call us today at 800-541-1851.