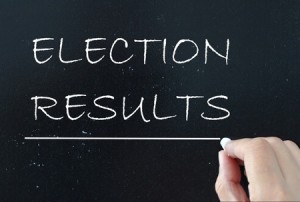 The time leading up to and during an election can be stressful for anyone. But what about after the election is over with? While often over-looked, post-election time has very important responsibilities, just like prior to casting the vote.

First, you want to announce the election results. If you are having an in-house election, you’ll want to introduce the newly appointed leaders or position holders. Have each person introduce themselves in a statement that will reveal their ideas for the future, passion for the industry, association, and profession. Thank the people who voted and volunteered their time to make the election possible.

Once the election results are announced and your winners formully introduced, your main responsibility should be to follow up with the voters. Address an email to thank them, and ask them a couple follow-up questions: Why did they vote? How can you make the voting better? What influenced them to vote? For those who didn’t vote: Why didn’t they vote? What would make them vote? What would they change to make about the candidates?

Even though elections are that frequent for most organizations, it is still important to make the effort to improve the voting process and increase participation. Getting information from constituents will help with this process.

If you are looking to hold an upcoming election, contact Honest Ballot. We pioneered, developed, and operated leading election sites, secured voting options for the private sector, and provide voting machines for the 21st century voter.