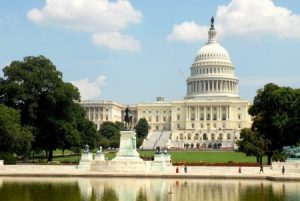 Election cybersecurity has become a hot topic of discussion in recent months, and it sounds as though it’s going to remain that way for the foreseeable future. As many states across the country prepare to hold elections this November, a number of U.S. senators are making a push to introduce a bipartisan bill that could make state elections safer and prevent foreign countries from interfering in them. If the bill becomes law, it could help government officials stop hackers who attempt to sway the results of elections.

The bill proposed by Sen. Martin Heinrich, a Democrat from New Mexico, and Sen. Susan Collins, a Republican from Maine, is called the Securing America’s Voting Equipment (SAVE) Act, and it calls for a few important changes. First, the bill calls for the Director of National Intelligence to have the ability to share classified information related to hacking threats with state officials. It would also allow The Department of Homeland Security to play a bigger role in election security by making voting systems part of the country’s critical infrastructure.

Additionally, it calls for federal grants that would help states upgrade their current voting machines and systems. The senators sponsoring the bill have even proposed a “Hack the Election” program where private security vendors and state election officials would team up to find vulnerabilities in election systems.

More than 20 states have sustained cyberattacks on their voting systems in recent years, and while there haven’t been many successful breaches, the fact that it’s happening so regularly is a cause for concern. Something needs to be done, and this bill could bring states one step closer to having safe, secure election infrastructures.

Honest Ballot understands the importance of keeping elections secure. We offer secure voting machines and systems that can help legitimize the results of your next election. Call us at (800) 541-1851 today to learn more.