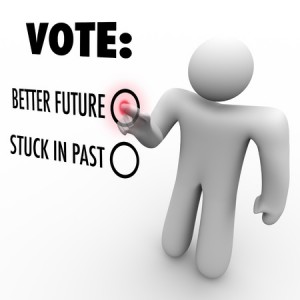 One of the landmarks of President Barack Obama’s final State of the Union address was a call to end the gerrymandering of congressional districts to benefit politicians.

Obama called for a bipartisan group of lawmakers to draw new congressional districts in the speech, speaking in opposition to current laws in most states where legislators control the drawing of districts that often leads to insulating certain incumbents and minimized the influence of the opposition party.

According to The Hill, just 16 of the 435 open races for the House of Representatives are considered tossups in the coming year. While some areas are likely to keep their traditional political leanings, the way districts are currently drawn makes it more difficult for new leaders to emerge.

Obama also said in the speech he wants campaign finance reform to reduce the influence money has on politics.

“Those with money and power will gain greater control over the decisions that could send a young soldier to war, or allow another economic disaster, or roll back the equal rights and voting rights that generations of Americans have fought, even died, to secure,” Obama said during the State of the Union.

A number of states have started to use commissions to draw district lines, with several other states – including Illinois, where Obama got his political start – are exploring the option, notes the Los Angeles Times. This process covers not only congressional races, but state legislatures as well, as these elected representatives have a strong impact on state budget levies, state laws and the selection of state supreme court justices.

In advocating for changes, Obama wants to take the politics out of it. During his speech, he mentioned other voting reforms as well. Most notably, he wants to modernize the voting process and remove limits on voting rights to make it easier for citizens to take part in the voting process.

“This is America. We want to make it easier for people to participate,” Obama said. “And over the course of this year, I intend to travel the country to push for reforms that do just that.”

At the Honest Ballot Association, we were built on providing fair and equitable elections, and support efforts to make the process more open, secure and accessible for citizens from coast to coast. Beyond governmental voting, the HBA can also help small businesses, clubs, membership associations and other groups manage and verify their balloting or elections. To learn more, give us a call today at 800-541-1851.