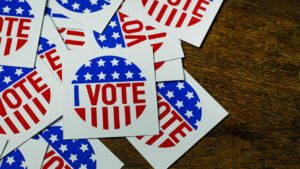 When you voted for who you wanted to become president of the United States, your local representative and any other offices up for election in your area, you didn’t rank all of the candidates based on what order you would vote for them. However, there is some evidence that suggests that ranked voting could be very beneficial in certain types of elections.

How does rank voting work?

In ranked voting, instead of choosing just one candidate who they want to vote for, voters are allowed to rank each of the candidates up for election based on their preferences. This ranked system provides a more in-depth process and can improve results by allowing votes cast to count in specific circumstances.

Good when multiple seats are available

Ranked voting systems are especially helpful when it comes to organizations that have multiple seats available for candidates. For example, there are many homeowner association boards, civic clubs and other organizations that hold elections to fill several positions at once. Standard elections aren’t always the best option in these situations, however, because it typically forces people to cast ballots only for the specific number of seats that are open. Non-partisan organizations like FairVote argue that ranked voting systems are actually more effective because they allow for large groups of people to more fairly decide who will occupy positions of power.

Beneficial when there are many candidates

Using a ranked voting system eliminates those candidates who receive the fewest number of first and second choice votes, which can be particularly beneficial in a race with many different candidates. For example, if no candidate for an office receives a majority of votes, the individual who received the lowest total of first-choice votes would be eliminated and the results tallied again. Any voter who had the eliminated candidate as their first choice would then have their second-choice vote counted instead.

This system offers many benefits and can reduce the need to hold revotes or runoff balloting in close races. By using ranked voting, electors can have an instant runoff tally to determine the candidates with the greatest total support among voters. In fact, many states are now considering allowing or have already implemented ranked voting options, as PBS Newshour notes. In the end, ranked voting is believed to provide a much better representation of which candidates should be serving those who voted for them.

At the Honest Ballot Association, we seek to provide election services for any organization that needs support in organizing and holding a fair and honest election. Learn more about our voting services and voting machine rentals today by giving us a call at 800-541-1851.