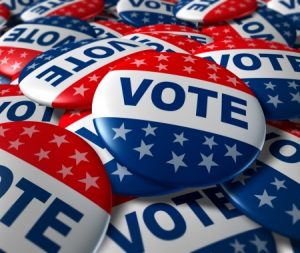 Unfortunately, one of the most difficult parts about planning an election is getting people to show up for it. You might think that everyone would want to have their voice heard in the voting booth, many people have busy schedules these days, and as a result, they don’t always go out of their way to attend elections. The good news is, there are some simple strategies you can use to make them think twice about skipping your next election. Check them out below!

You want to be careful not to make it sound like a bribe, but if you’re holding an election for, say, a school board or a labor union, it’s not a bad idea to provide people with a cup of coffee or a donut for showing up. People are taking time out of their busy lives to vote, so a small gesture can go a long way. Even something as simple as an “I Voted!” sticker might be enough to make it worth their while.

Make your voting booths as accessible as possible.

People shouldn’t have to go too far out of their way to come and vote. If you set up voting booths in a building that’s off the beaten path, you may have a hard time getting people to take part in your election. Whenever possible, try to hold your election in a centrally-located venue that people can access easily without having to hike across town.

On election day, you should allow people to come early, late, or somewhere in between. Rather than limiting the vote to a relatively small window of time, extend voting hours so that people can show up based on their own unique schedules. This will allow everyone who wants to take part in an election to make it to the polls.

Need assistance preparing for your next election? The team at Honest Ballot has been helping organizations to hold secure, reliable elections for more than a century. Give us a call today to get started!