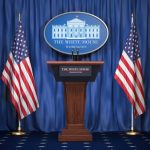 From August 17 to August 20, the Democratic Party will be officially choosing their nominee for President of the United States. However, there are multiple ways that the convention can play out. For instance, it can turn into a brokered convention or a contested convention. Here we discuss the difference between the two: Brokered convention… Read more »