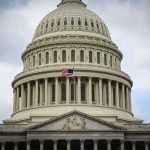 Since American intelligence agencies revealed that Russian hackers attempted to probe electronic voting machines prior to the 2016 presidential election, election security has become a hot topic of discussion among politicians and computer scientists. Now, a new bipartisan bill called the Secure Elections Act is aiming quell concerns about voting machine vulnerabilities in time for… Read more »