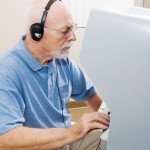 When you’re living with a disability, voting can become a very challenging task. In fact, thousands of polling places in the U.S. were not compliant with federal laws for disabled voters during the last election. Many voting areas are inaccessible and require the use of stairs and lack a ramp or elevator. Say there isn’t… Read more »