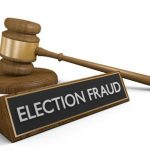 Did voter fraud take place during the 2016 presidential election? That’s the case that newly elected President Donald Trump is trying to make right now. Trump won the Electoral College vote by a wide margin over his opponent Hillary Clinton, but he did not win the popular vote during the general election, which has led… Read more »