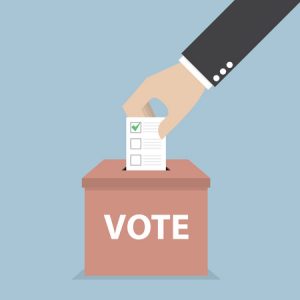 Also known as “first-past-the-post” or “winner-takes-all,” a plurality electoral system is what we mainly use here in the United States. It awards the seat to the candidate who receives the most votes. This doesn’t mean that a candidate has to win a majority (more than 50%). Instead, out of all of the candidates, the winner is the one that has the largest number of votes, even if it is below 50%.

In a plurality system, the winner doesn’t need to win over 50% of the votes to win. In a majority electoral system, however, they do. Also called “second ballot” systems, a majority system requires a majority, or 50%-plus-one-vote, to win. If none of the candidates receive that amount, then a second election is held with only a select number of candidates from the first round.

Proportional representation (PR) electoral systems are the most widely used electoral systems in the world. It takes the percentage of total votes that a political party receives and translates it into the number of seats that party will have. For example, if a party wins 40% of the vote, they will receive 40% of the seats in parliament. There are three main types of PR systems:

At the Honest Ballot Associate, we provide election services for any organization using any electoral system. To learn more about our voting services or voting machines, give us a call at 800-541-1851.