Election season is here again which has a lot of people talking about debates, primaries and caucuses. Since different states have different laws when it comes to selecting a candidate, the back-and-forth can get confusing. What is important to note is that Iowa hosts a caucus and New Hampshire is always the first state to have their primary caucuses, but what exactly are caucuses? Why are you hearing heated discussion about them? And why do these states go first?

A caucus is a local meeting where registered voters of a specific political party gather to vote for the candidate who will represent their party. Although the caucus is the oldest method of choosing delegates, most states no longer hold caucuses. The caucus meeting is arranged to take place at a specific time and place and allows attendees to showcase support for candidates. 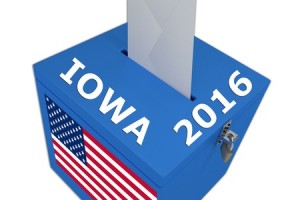 In 1972, Iowa’s caucus proved its importance when George McGovern earned more votes than expected which throttled his campaign to do better in the New Hampshire primary. Four years later, Jimmy Carter used his success in Iowa to boost his campaign. He won in New Hampshire and then became president.

You will find both those people who are for and against using caucuses as a voting method equally passionate about their reasonings. Advocates of the caucus believe that this voting ritual unites the party and shows candidates in their true light. They prefer that candidates are chosen in this open way and feel that a quick decision on a nominee will help their party get a leg up in preparing for the general election. Those who are opposed to caucusing feel that not enough of their party is represented since fewer than 10 percent of voters participate. They also feel that a caucus only favors candidates who are popular or have significant financial backing.

After the Iowa caucus, the next challenge for candidates is the New Hampshire primary. To protect its hot seat as the first state to run their primary, New Hampshire passed a law that says the secretary of state can move the election to take place before any others. According to Northeastern University’s look at political campaigns and conventions, both parties have helped keep this law on the books by punishing other states that opt to hold elections preceding the Iowa caucus or New Hampshire primary.

Honest Ballot Association is proud to be a part of any election – no matter how complicated – by providing efficient and accurate electronic voting systems and tallying procedures. Read more about our voting services online or give us a call at 800-541-1851 today to learn about all we have to offer!