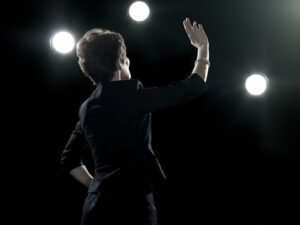 In the 2020 election, roughly 66.7 percent of the U.S. voting population voted, more than any in U.S. history. Nevertheless, voter turnout has been a consistent problem in U.S. elections. This is especially the case in local and midterm elections, which face dismally poor voter turnout as compared to presidential election years. So, why don’t people vote? Here we provide the answers.

Not everyone tunes to CNN or the nightly news every evening. Some people are simply not interested in politics, others outright hate it. The last thing they want to do is research politicians or read about the latest election.

Often coinciding with a lack of interest, many people also don’t know much about elections or politics. They’re not aware of who’s running, and sometimes they don’t even know there’s an election coming up.

There is a thread of cynicism that runs through the American electorate. Many believe that their vote either doesn’t count or doesn’t matter, so why bother voting? Some of this has to do with the Electoral College (for example, a Republican voting in New York may feel it’s pointless to vote in a predominantly blue state). But it also caused by people believing that the major parties and candidates don’t represent their interests.

Finally, there’s voter fatigue. Even the most dedicated voter may feel worn down by the number of elections that occur within a given year. Additionally, long lines and difficulty voting may discourage individuals from going to the ballot box.

Part of encouraging people to go out and vote is to make voting as easy and simple as can be. At Honest Ballot, we try to do just that. Contact us today to learn more about our secure voting systems.