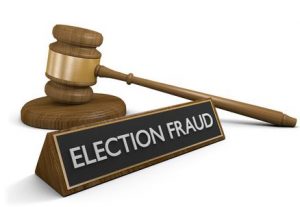 Trump won the Electoral College vote by a wide margin over his opponent Hillary Clinton, but he did not win the popular vote during the general election, which has led to a lot of criticism of the Electoral College and the voting process. However, in recent days, Trump has frequently espoused his belief that millions of people may have voted illegally during the election, and according to many reports, both he and Vice President Mike Pence have vowed to launch a full investigation into possible voter fraud.

There is a lot to be learned from the 2016 presidential election, but one of the most important things is that you do not want to allow voter fraud to become an issue during your election. Whether holding a vote on members of your social organization or a ballot on new rules for your homeowner’s association, claims of fraud can create a lot of distrust among voters and a lack of faith in the results of your vote, which is why you want to make sure that you hold vetted, secure and verifiable elections anytime you are taking up a vote for something. It doesn’t matter if you are voting on who will serve on the board of your condo association or who the next president of the United States will be; anyone planning or hosting an election needs to take all of the necessary steps to make sure that election is free of even the slightest hint of fraud.

Honest Ballot has been working with a wide variety of organizations for more than 100 years and helping conduct their elections in a fair, verifiable and reliable manner to eliminate any concerns about fraud or impropriety. Using our voting machines, voting systems and voting services, you can rest easy in knowing that your organization’s next ballot or election will be free of errors or other risks. Learn more by calling us today at 800-541-1851.