Someone trying to impersonate an official in the Board of Elections sent phone calls to voters, in order for them to vote against the restructuring of the town board in the city of Ramapo. After the suspicious phone calls occurred, a judge ordered the voting machines to be impounded and locked up until if and when the judge can decide whether or not the votes should be counted.

Inside the city of Rockland County, NY, the Ramapo residents were voting to switch to a ward system, making the town board representatives from six geographic districts. This would replace the four town-wide seats they have currently.

The political parties and the real Board of Elections are furious that something like this could happen. Republicans and Democrats have both filed criminal complaints. The Rockland County Executive has asked the district attorney to investigate this suspicious activity. 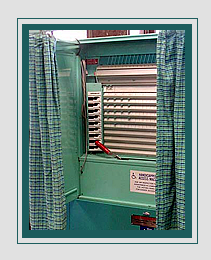 Don’t take any chances of having your votes become tainted. Security with your voting machines is Honest Ballots top priority. Over 25,000 elections have been conducted and none have been voided for any reason or found inadmissible by any membership.

No one wants to have voter tampering when elections of any kind are being conducted. Trust in Honest Ballot for all your election and voting machine needs.