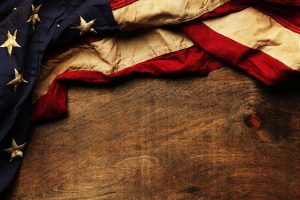 On March 16, 2020, Ohio’s Governor Mike DeWine ignored a court ruling and officially postponed his state’s Democratic Primary election, citing concerns about the recent coronavirus outbreak. The decision was followed by five other states delaying their primaries. Party and state officials are now deciding how best to deal with this situation, with some offering voters the ability to mail-in their vote, and others expanding early voting opportunities.

The situation has caused many to wonder how the Coronavirus Pandemic will impact the 2020 election. Yet, America has held elections under more dire circumstances, including the Civil War and the 1918 Spanish Flu.

The 1918 Spanish Flu is the most similar instance of something like this happening in American history. At that time, America was holding its midterm elections while also fighting a World War.

However, the elections still went on.

Campaigning, reasonably enough, was difficult. Since businesses were closed and public gatherings were banned, candidates could not reach the voters as effectively as they had in months prior. In November of 1918, however, the ban on public gatherings was lifted and politicians were able to campaign for five days following up to Election Day.

When Election Day came, governments devised ways to allow Americans to exercise their right to vote while also trying to protect them from the virus. Voting places had people disperse (similar to today’s “social distancing”), wear masks, and stand in a single file line to vote.

Whether or not this caused more people to get sick is still up for debate. Some argue it did, while others argue that it did not. No matter the results, however, the 1918 election proves that, while we should not postpone our elections, we should nevertheless take measures to protect voters by offering early voting, absentee ballots, online voting, and effective social distancing at the polling places.

At Honest Ballot, we want to make sure that each and every American stays safe when they vote this year. Our online voting systems will help to keep constituents safe while also allowing them to exercise their fundamental right to vote. To learn more, contact us today at 1-800-541-1851.