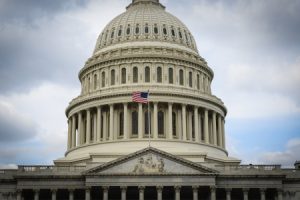 Since American intelligence agencies revealed that Russian hackers attempted to probe electronic voting machines prior to the 2016 presidential election, election security has become a hot topic of discussion among politicians and computer scientists. Now, a new bipartisan bill called the Secure Elections Act is aiming quell concerns about voting machine vulnerabilities in time for the next round of midterm elections in November, 2018.

But before we dig into the content of the bill, let’s consider how we got here in the first place.

Many of America’s current election security woes can be traced back to the presidential election of 2000, when paper butterfly ballots with “hanging” and “dimpled” chads led to a highly contentious recount in the state of Florida. Following this weeks-long debacle, Congress devoted billions of dollars to help states transition from paper ballot-based voting machines to newer electronic machines. Unfortunately, these electronic voting machines were fairly primitive and ill-equipped to prevent cyber attacks.

This brings us to the Secure Elections Act, which was recently proposed in the Senate. 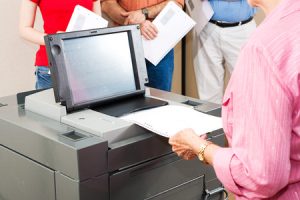 If it becomes law, this bill would allot grant money to replace old paperless machines with paper ballots and optical scanners. These systems offer the best possible defense against malicious hackers, and they’re not subject to the same butterfly ballot issues that plagued the 2000 election.

The bill would also introduce a rigorous post-election auditing procedure designed to detect anomalies and eliminate any lingering security concerns. With optical-scan ballots, states will always have hard copy receipts of an election that can be recounted by hand if security concerns arise.

The content of the Secure Elections Act is heavily based on the recommendations of cyber security and cryptography expert Matt Blaze, who testified before the House of Representatives’ Committee on Oversight and Government Reform Subcommittee on Information Technology and Subcommittee on Intergovernmental Affairs last year. You can find the complete transcript of Blaze’s testimony here.

So what chance does the Secure Elections Act have of making it to the president’s desk?

Perhaps the best thing the bill has going for it is its bipartisan group of sponsors. The bill is co-sponsored by three Democrats and three Republicans, which could help it to gain support across both sides of the aisle. For the bill’s guidelines to have any effect on the 2018 midterm elections, however, Congress will have to move fast.

If the Trump Administration pushes Congress to focus on other issues like immigration reform in 2018, it could sideline the bill until further notice. Bear in mind that Congress is still struggling to finalize a budget agreement and avert a government shutdown by its January 19 deadline.

In a perfect world, advancing the Secure Elections Act to a vote in the Senate would probably be a no-brainer. But in today’s hyper-partisan legislative landscape, it might not happen anytime soon. Hopefully, Congress will recognize the importance of election security and make this bill a top priority in the next legislative session.