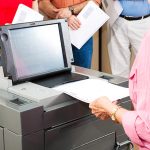 Election security is a topic that’s made a lot of headlines in recent years. With many states using voting machines that are more than a decade old, security experts have raised concerns that these aging machines could be vulnerable to hacking and tampering in future state and federal elections. That’s why many states are taking… Read more »