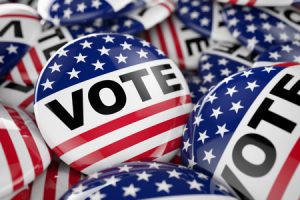 With the Iowa Caucus and New Hampshire Primary coming up, many voters will be going to the polls to vote for their preferred Presidential Primary candidate. Nevertheless, the Iowa Caucus and the New Hampshire Primary are two very different elections, and not just because they’re held in different states. Iowa votes under a caucus system, while New Hampshire under a primary. Here we go through the major differences between a primary and caucus that you as a voter should be aware of:

A state primary is the most common way of choosing a presidential nominee. Organized by the state government, it’s similar to a general election where voters cast a secret ballot for their preferred candidate, and who ever receives a majority of votes wins. There are two main types of primaries: an open primary where all registered voters, no matter their political affiliation, can vote, and a closed primary where only voters of a particular party can vote.

Caucuses are not as common as primaries, although they did used to be the preferred method prior to 1972. They’re organized by political parties, rather than state governments, where supporters gather to elect delegates to choose the best candidate. In that respect, it’s similar to the Electoral College, as delegates are voting for the candidate, rather than citizens voting directly for them. Caucuses are usually long and drawn out, involving in-depth group discussion, and voting is done in public by raising hands or breaking into groups. As of today, the only states that use a caucus system are Alaska, Colorado, Hawaii, Kansas, Maine, Minnesota, Nevada, North Dakota, Wyoming, and, of course, Iowa.