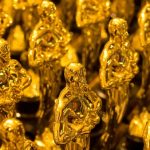 Earlier this month, millions of Americans tuned in to see which movies, actors and producers would take home an Oscar at the 2018 Academy Awards. It’s always an exciting event for film buffs, but in recent years the Oscars have gained the attention of statisticians and political scientists as well. That’s because since 2009, the… Read more »

To the average American voter, the Electoral College and primary delegate voting systems are slightly mysterious. Many wonder who these people are, and think of the process as not representative and far too complicated. The good people of Maine will decide in November whether they want to become the first state in the nation to… Read more »