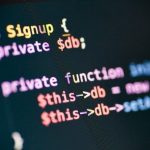 America’s voting machines are getting old. Many of them are using decade-old technology to tally votes, and replacement parts are becoming hard to come by. But aging voting machines don’t just cause headaches for election officials; they can constitute a security risk as well. Recently, cybersecurity experts have urged state and city governments to invest… Read more »